April came and went without much to write about except for the visit of Paul Stephenson to Amsterdam. Old friends wre invited to an evening at a little pup/restaurant in the Centuurbaan . It was more like somebody's living room. As you come in, there is a counter with a range of  two different snacks, and a small fridge in which the entire stock of beer is kept. The barman/owner was obviously out of his skull and had to ask people several times what they had ordered and what was owed, because he was totally incapable of working anything out. Great to see and hear Paul again, and the old Over The Moon band members. Some of these people we hadn't seen since Folk Fairport days. Splendid music and atmosphere.
And it's no, nay, never...... 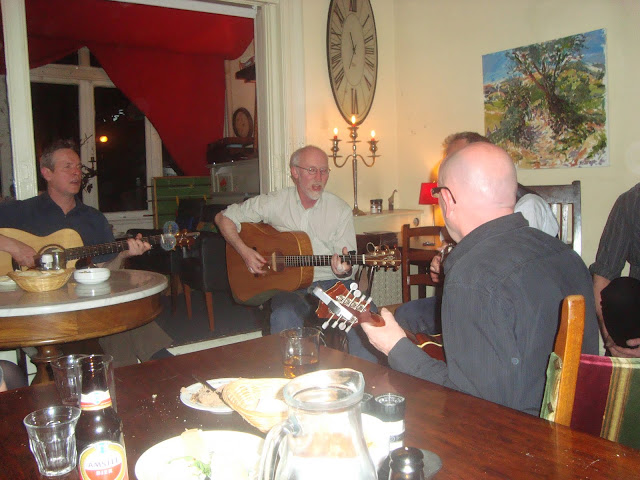 That's Michelle singing her heart out 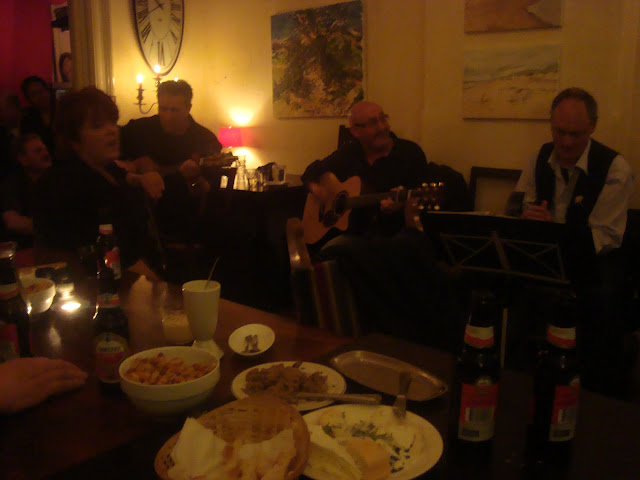 Another event of note was our Emma's trip to England as part of the Anglia project. Designed to help kids  with a high level of English to get even better. Four girls in each group assigned to a family in London. Unfortunately everything they wenrt to see we had already done when I took her to London last year. Apart from the Billy Elliot musical which is apparently fantastic. Not much else to report. I really must keep up with this blog so that I don't have to depend on my camera to see where my life went. With the impending world cup looming, I have ordered a monster TV. England and Holland will probably go out in the first round, and I will be glowering at Macedonia against Bourkina-Fasso. Bye all. How's the blog Stef? Still stuck at 2004?